Our Brains Need An Algorithm 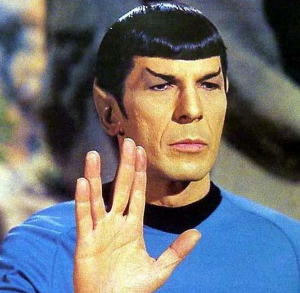 Yasmin Anwar, writing for Berkeley News, suggested that our brains may easily use the same methods as computers to make decisions. Never paralyzed by the fear of being wrong, a computer is logical. A computer never considers social pressures or the fear of being ostracized by their peers for going against the tide of group desire. Computers are logical.

If only our brains were rational.

Anwar ponders a question raised by Griffiths, can personal decisions benefit from the logical processing of information technology programs? So help is on the way, but not the psychiatrist in the white coat carrying a straight jacket help so many of us feel we could use. Anwar quoted Griffiths saying, “They don’t need a therapist; they need an algorithm.” The 37% Rule may be just what we need to escape the analysis paralysis when attempting to make a decision.

Dr. Carter, writing in eH Advice, describes the human decision problem as “getting emotionally bogged down in the hypothetical choices.” Using mathematical theory, choosing the best option is based on “Optimal Stopping.” According to Smith who explains the 37% theory in +plus magazine, selecting the first choice to come along that is better than the best of choices already reviewed is the correct choice.

So, to think and choose like an AI machine, rank all the choices in order of best to worst. Statistically speaking, we only need to look at 37% of the possibilities. Then, select the very next choice to arrive that is better than #1. Take it, don’t look back, and run. According to the 37% Rule, that is your optimal choice. Now you’re thinking like a computer.