“Children of the world, blown to all corners of the 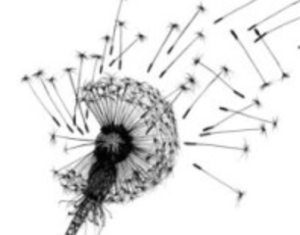 Hug A BRAT in April

April is coming when the snow disapears, the flowers bloom, and we all emerge from our winter habits. But there is something more unique happening in April, the Month Of The Military Brat.

“Military Brats learn to be strong, stoic and honorable while they endure weeks, months, sometimes years without a beloved parent, because they know it is what America expects of its military families.” In her documentary of the children of the military, Brats: Our Journey Home, Donna Musil describes this unique and fascinating American subculture as “an invisible tribe.”

In The Words of a BRAT

Jaqueline Leeker said, “I honestly believed every seven-year-old was sat down by their father and given a lesson on the importance of integrity and character. As a brat I didn’t choose to grow up in a military culture, but I wouldn’t have had it any other way.”

Harley Gilman, an Army Brat said, I’ve had so many experiences that some people will never have, and lived in places that most people only dream of visiting.”

Gilman said “Unlike most people, I don’t mind being called a brat at all. I think I speak for most military brats when I say that I

find the term extremely endearing and that I love being recognized for having the spunky and independent attitude of a military kid.”

Debra Rae quoted Sociologist Karen Williams in News With Views, “You see, while non-military personnel find the term “brat” impudent, it has been reclaimed linguistically as a positive term of affection within the ranks of the military. Member of the United States Senate Committee on Armed Services, Senator Ben Nelson explains, “When the word ‘brat’ is used to describe someone, it is not meant as a compliment; but … “military brat” [is] … a term of endearment.” It speaks respectfully of one who is a world traveller and, hence, a global citizen, graced with spunk and a spirit of adaptability.”

To read more about the life of a Military Brat, get a copy of Life On Base: Quantico Cave and be prepared to hug a Brat in April.