Ghosts? Have you ever felt like someone was watching you?

Perhaps, you experienced that unusual, unexplainable cold spot that spirits leave behind when moving through your home. Maybe, you visited the Eastern State Penitentiary in Philadelphia. I can honestly say Eastern State Penitentiary will leave an impact, I know. Perhaps you tried out the Trans-Allegheny Lunatic Asylum in Weston West Virginia. The bravest of believers and thrill seekers probably visited room 502 of the Waverly Hills Sanatorium in Louisville Kentucky where more than 6000 people died. Believing in ghosts is something with which we all have an opinion regarding, one way or another.

Ghosts? Every child knows something lurks in the closet or under the bed. 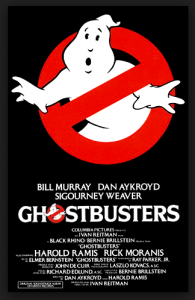 But, in the summer of 1984 adults too learned to believe in ghosts. On June 8, 1984, Ghost Busters splashed across movie theater screens throughout the United States. All of us kids made our way to the silver screen to watch backpack-toting ghost hunters vaporize mischievous spirits. Aykroyd, Ramis, and Murray smashed the box office beating out Indiana Jones and the Temple of Doom for the second highest-grossing movie of the year.

One never can be too sure about the ground upon which we stand. With thousands of years of history beneath our feet, someone else once stood where you stand now. What happened to them, we will never know.

Life On Base: Spirit of Quantico.

Raw? Yes Raw. No editing yet, so you’re the first to see it. Send us an email at Thomas@AuthorThomasPWise.com with your thoughts.

The following morning, Stephen, always an early riser grabbed his metal detector and met Jimmy on the sidewalk. It was Tuesday morning and no school. It feels like freedom, Stephen thought as they wondered into the woods. Like, yeah, new, when school gets out. They meandered through the woods across the street until arriving at one of their favorite spots, the graves.

“Don’t! Stop.” Jimmy tried to get Stephen’s attention. A couple of years younger and a lot of pounds lighter, Jimmy shoved hard against Stephen’s shoulder almost knocking him over.

Stephen froze with the hand holding the stick before he hit the ground. “What the heck?”

“That is so way to close. I don’t want any spirits haunting me.”

The ropey scars down the side of his neck were beginning to turn red. “Relax, alright.” Stephen could picture Jimmy’s injuries in his mind. They trailed from the left side of his neck, starting just below his jaw, and traced random streaks across his shoulder, upper arm, and left side down to his waistline. Happened when I was little, he would tell people. Grabbed a hot pot ’a water boiling on the stove.

Stephen stopped and looked at the stone marker. The words, once cut deep into the rock, were almost illegible after one hundred fifty years of weather. Brittle sticks and pine needles littered the ground where Stephen knelt, sweeping the ground with one hand to clear a small patch. He waved a straight line along what he believed would mark the edge of the soldiers place of rest. “No, I’m not.”

The old graves lay alongside the barbed-wire-topped chain-link fence that bordered the base. A shiver crept up Stephen’s spine as he tried to read the names and dates he could make out, just as he did every time they visited the site. “1863. Betcha these guys died right here on this spot,” he said.

Jimmy continued to argue, not willing to be a grave robber. “Yeah, and you’re probably digging right where he died.”

Jimmy pointed to the grave marker. “You are, look.”

“This isn’t a grave. I’m off to the side,” Stephen demanded as he started jabbing at the ground again.

“Not cool, man, you’re messing with that guy’s grave. He probably died right here, on this spot.”