Have you ever set something down, and instantly forgotten where you put it?

I for one do that all of the time. I’ll be carrying my more Jo, walking through the house readying for work. At some point, I’ll realize the long anticipated espresso is missing. Of course, the last place I look is where I set it down. Very frustrating. 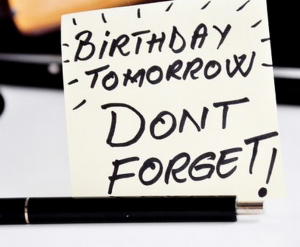 Fuzziness is what is often called selective memory. When we see something, most people will recall that they have seen it in the past. The search for a particular memory can, however, be the troubling process. Psychologist World suggests that we forget things through the process of Decay, Displacement, and Interference. Decay is simply a matter of time lapse. Memories are tricky. For lack of relevance, simply forgotten.

As a college instructor, I explain to my students that memory is often a matter of how important they can make a piece of information. I tell students they need to “hang memories on hooks” if they want to recall them later. Memories must relate to something of importance to the person that seeks to recall information. So, if you are studying for a certification exam, simply read and recite information for how it will be used rather than as vague facts.

New data replaces previous memories. In the case of my lost espresso, where I left it gets lost due to realizing I forgot my keys. Interference can often simply be the process of one list of things to remember being replaced by another. I will often forget what I need to get at the store simply because I am trying to remember the stuff I need to finish at work. Writing it down is a good way to combat interference.

Why then do Archeologists love you?

Is it because forgetting where we put things will give them something to find a couple of thousand years into our future? Perhaps, but it seems they too have a problem with remembering where they put things. Tom Metcalfe reports in Live Science that archaeologists in Scotland recently rediscovered a 5000-year-old relic. One hundred and fifty years ago, someone working at the Stromness Museum at Orkney forgot where they put a 5000-year-old figurine representing one of the oldest evidenced representations of a human in Britain. Now that seems a bit important, don’t you think? Hopefully, the forgetful person at least was able to remember where they left their tea. We put archaeologists in good company.